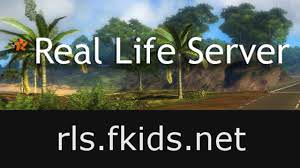 Hello! i am indeed new to the servers but this is a formal invite to a Very well made and modded justcause 2 server.

Most people these days go straight over to Just cause 3 , but i recon a lot of you out there who love RP would fit right at home at "RLS" ( Real life server) on Just cause 2 multiplayer.

At the moment the player base is quite low and this is sad because a lot of time was put into its making .

The server enlists of 4 factions

Government - The ones who run Panau government .. obviously

Enforcers- Protect Panau they are the army

Each faction has its own Hierarchi and its own system and this is all used to help complete missions and work as a faction and team. If you think you've got what it takes to come and join us as a RP community and either join the rebel ranks , help control Panau as a member of the Enforcers or start a new development plan on energy as a government member . this server is for you .

and were want you!

If you would like to Join but want to make sure someones around to give you basic trainning e.c.t Just PM me on steam at : http://steamcommunity.com/id/boyoboy