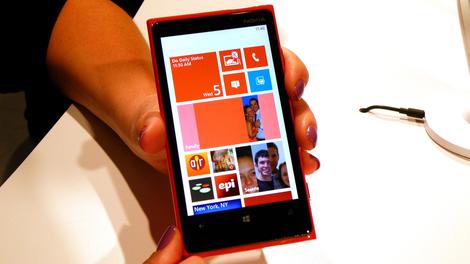 If you happen to be on the AT&T network with an older Nokia Lumia handset, the carrier has a bit of good news for you this week, with a software update that brings the latest and greatest features to two elder Windows Phone devices.

AT&T announced yesterday the availability of Windows Phone 8.1 for Nokia Lumia 820 and Nokia Lumia 920 smartphones, available as an over-the-air software update that delivers new features to some of the platform's most beloved models.

The carrier was already first in line to roll out the most recent Windows Phone software back in July on newer devices such as the Nokia Lumia 1520, followed soon after by the Lumia 1020, Lumia 925 and Lumia 520.

On Thursday, AT&T, Nokia and Microsoft enabled the update for Lumia 820 and Lumia 920, an on-device download that can be enabled from the Settings menu whenever the device is charged at least 50 percent.

One of the most highly anticipated Windows Phone 8.1 features for Lumia 820 and Lumia 920 owners is certainly Cortana, Microsoft's personal virtual assistant capable of setting reminders, searching for information or reminding users about nearly anything.

Windows Phone 8.1 also allows Lumia owners to customize their handset more than ever before, with multiple sizes, transparency and color options for pinning apps, music, people and more to the Start screen.

Nokia Lumia 820 and Lumia 920 users will also enjoy a full complement of Xbox games, music and video, as well as the complete Windows experience, including OneDrive, Skype, Office and Bing.

Last but certainly not least, Windows Phone 8.1 delivers a new Word Flow keyboard capable of integrating phrases, contacts and shape writing, all without the need to download and install a separate app.