Buying Guide: Top 7 gaming TVs for the Xbox One and PS4 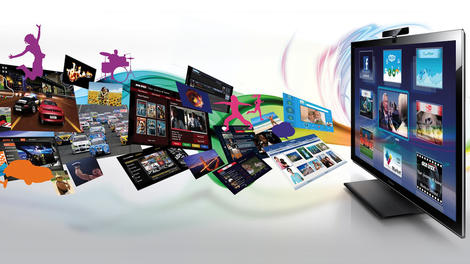 With the Xbox One and PS4 next-gen consoles arriving later this year, retailers are expecting a spike in TV sales.

"With the arrival of the Xbox One and PS4 providing potential for true innovation in console gameplay and style, consumers will undoubtedly want the whole experience to be as immersive as possible," John Kempner, head Vision Buyer at John Lewis, tells TechRadar.

"The further innovations in each console's overall entertainment package provides even more of a reason to experience everything each console has to offer through a quality display, from games to movies and further interactive content."

Many people, it seems, are planning to marry their new console with a new screen, so what exactly should you be looking for in a good gaming TV?

Probably the most significant factor for determining the performance of a gaming TV is input lag. This is the amount of time it takes a TV to actually render an image after receiving an input from its HDMI source. As you can imagine, TVs that take longer to actually produce their images can severely damage gaming performance with certain types of timing-related games, such as Call of Duty and Guitar Hero.

It's easy to imagine the scenario, we've all been there: you encounter an enemy, you swivel and manage to get off a couple of rounds but the other guy is just too quick, and you're dead. If you've hooked your console up to a cheap TV you picked up at the supermarket for 60 shekels last Christmas, you might find this happening to you rather a lot – and it probably isn't your fault. Or at least, some of the time it won't be.

The fact is that all modern TVs using video processing to tune an optimal image according to the specifics of the individual electronics. Video processing causes input lag, and it's because of this that almost all TVs carry a Game mode. Generally speaking, Game Mode on a TV should switch off as much of the processing as possible, reducing the lag.

Annoyingly, though, some Game modes still leave some processing on, requiring you to turn more of it off yourself, and Samsung bizarrely 'hides' its Game mode away in an obscure submenu rather than putting it with the rest of the picture presets.

A good result for a TV is anything around 30ms or less, whereas anything above 60ms will definitely lead to a drop in your gaming performance.

The best TV we've tested by far in this respect is Sony's new 55W905, which measured under 10ms of input lag - the lowest figure we've ever tested. This make's the Sony a brilliantly responsive TV for gaming, and as we'll see, that's not the only thing it excels at either.

Panasonic's plasmas test quite well in this regard too, at around 35ms, as do Samsung's top-end LEDs. LG LCD TVs (and other passive 3D TVs) tend to test not so well in this respect.

Plasma's gaming benefits are chiefly its deeper contrast and lack of motion blur compared to most LCD screens, though on the downside you have to be a bit careful about image retention/screen burn as games tend to place images on the screen that don't move throughout the duration of your session.

This makes plasma the ideal screen type for games like The Last of Us, which features a lot of dark scenes, moody cityscapes and scary set pieces. Plasma is also excellent for racing games, with the lack of motion blur improving the sharpness of the 3D environment around you.

LCD's main gaming benefits are dazzling brightness, bold colours, and the fact that you can get small screen sizes relative to plasma (many gamers still like/have to play on a smaller second screen in the house). But motion tends to blur more, and contrast isn't generally as good.

This makes LED TVs great for games like Bioshock Infinite, which features extremely bright colours throughout, as well as pretty much any game made by Nintendo.

With all this in mind then, here's 10 2013 TVs we recommend for pairing with a new games console.

As well as looking more chic, the Sony 55W905A uses new Triluminos technology to deliver a much improved colour without compromising the superb contrast performance so beloved on last year's HX853 TVs. The best-ever input lag of just 10ms makes it ideal for gamers, with the incredible brightness of the panel picking out every detail.

A couple of steps down from being Panasonic's best range of plasma TVs, the GT60 offers stunning picture performance at a reasonable price. Motion blur is non existent, and contrast is first class – ideal for all the tomb raiding in… what's that game called again?

The PS64F8500 is easily Samsung's most aggressive assault yet on Panasonic's traditional dominance of the plasma TV market. Particularly remarkable is its brightness, which hits heights never before witnessed from plasma technology. This could make it an ideal choice for gamers, offering as it does the benefits of deep contrast as well as amazing brightness, and decent input lag performance.

If you want Samsung but prefer to go LCD, Samsung's new flagship LED TV wears its high-end status right out there on its sleeve, courtesy of a mind-blowing design boasting the slimmest bezel we've ever seen. It's extremely well connected too, for both video and multimedia purposes, and its latest on-screen menu system is in some ways revolutionary.

If you're on a very tight budget, Finlux is a realiable budget brand and this model is a decent option for gamers looking for a second screen. It's got very low input lag, so it won't let you down with your multiplayer, though of course in other areas it's mostly unspectacular.

If you're serious about your full-blown home cinema gaming, look no further than the Panasonic VT65. Offering mindblowing contrast, rich colours, silky smooth pictures and low input lag, it's a luxury TV that'll pull you right into your next-gen games.

Input lag on the Philips isn't as good as many of the others in this list, but this TV is still worth consideration. Contrast is great, and the Philips supports dual view gaming, where two gamers can wear 3D glasses and each injoyo full screen gaming instead of split screen.