High-end Asus PadFone earmarked for US release next year 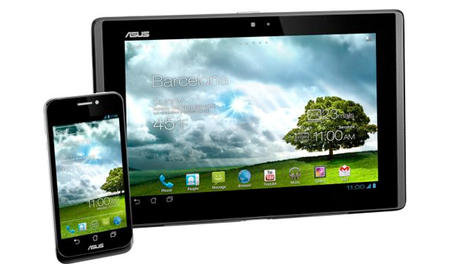 While other consumer electronics manufacturers focus on making separate smartphones and tablets, Asus has cornered the market on a convertible combo device that will finally wash ashore in 2014.

Engadget has word that Asus has earmarked the second quarter of next year for a US release of its unique PadFone devices. The products feature an Android smartphone capable of piggybacking onto a tablet in an effort to provide the best of both worlds.

First unveiled at Computex 2011, Asus is working hard to expand its convertible line with the debut of its latest PadFone Infinity as well as a just-announced junior version known as PadFone Mini.

Asus CEO Jerry Shen confirmed the plans this week as part of a two-tier strategy aimed at releasing a "high-end line" in the US and Europe, with a more "mainstream line" intended for Asian consumers.

Although details of the next-generation PadFone are scarce, the device is apparently already earmarked for at least one major carrier in the US, followed by others across Europe.

"Once this product is launched, we will definitely have no problem tackling Europe with the same product, because this US operator is very big," Shen said.

With more than 10,000 PadFones already sold, Asus appears confident that its smartphone plus tablet line will continue to be a unique product offering, one Shen said "will set the standard for our devices."