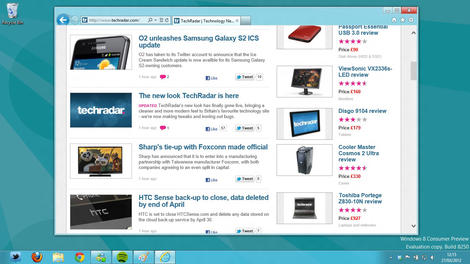 Microsoft posted last week that October 30 2014 would be the final day they would ship Windows 7 preinstalled. Now the company has backtracked, saying that they made a mistake and the correct status of the last sale date is "to be determined".

On its site, two end-of-sale dates are listed for their operating systems: one for the software retailed by itself and one for PCs with the OS preinstalled on them. October 30 2013 was set for the retail software while the same date in 2014 was set for pre-installed PCs. This has since been changed to "to be determined" for both dates.

In a statement, Microsoft said that the retail sales did actually end on October 30 this year and that "We have yet to determine the end of sales date for PCs with Windows 7 preinstalled. The October 2014 date that was posted to the Windows Lifecycle page globally last week was done so in error."

It remains to be seen how exactly the mistake occurred on the site; Microsoft has been sat on the fence when asked how long it will continue to sell Windows 7. Initially the company said that it had stopped shipping the OS to retailers before shifting that stance over the weekend to be "to be determined" again.

Windows XP, whose end of life arrives in April, is still the operating system of choice in many businesses. Had Microsoft stuck with its October date for pre-installed systems, it would have left companies with a tight deadline to upgrade from XP. "When a version of Windows reaches its end of sales date" states the Microsoft website, "it's a good time to think about upgrading".

Whatever the case may be, Microsoft will end extended support for Windows 7 in January 2020. The operating system is already no longer listed on the Microsoft Store website.