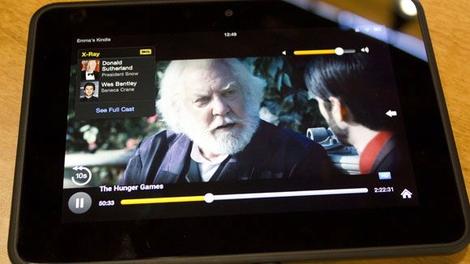 The Time Warner Cable app has launched on Kindle Fire tablets ahead of an expected launch on Apple TV.

The app allows TW's cable subscribers to access live TV and on-demand programming on their devices, something Apple TV users have long hoped to gain access to.

Time Warner's app is already available on PC, Roku, Xbox 360, Samsung smart TVs, iOS and other Android devices as well. Looks like Apple TV is the odd platform out on this one.

Out with the old, it's a win-win

Apple TV users have been expecting to see the app on their platform for a while, so it's understandable if anyone jumped to that conclusion.

With its live TV and on-demand app Time Warner no doubt hopes to stave off the cable cord-cutters currently abandoning traditional TV-viewing business models for streaming services and video marketplaces.

It's all good for consumers - now between Time Warner and Aereo some cable subscribers might be doing all of their program viewing on devices that aren't TVs. No more blackouts due to inter-company quarrels? We're all for it.

Also tagged with one or more of these keywords: apple