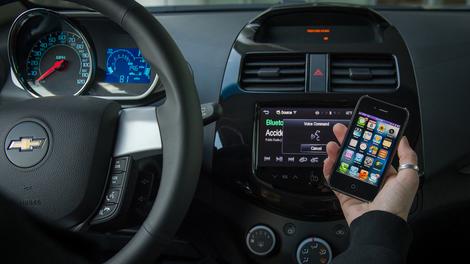 There are only two weeks left to submit an entry in Ford's OpenXC Traffic Tamer App Challenge, a competition to build an app that can help alleviate traffic congestion.

To be considered for the prize, each entry must feature a working open source app that addresses the problem of bumper-to-bumper traffic. The app must be safe and non-distracting to drivers. A demonstration video and an explanation of how the app helps road users is also required.

Apps can be for Android, iOS, Windows Phone, BlackBerry OS, Windows, or Mac OS. Everyone from college students to big business teams can enter.

While most drivers are well aware of the frustration of traffic congestion, the problem can also have a huge impact on the economy. A whopping £4.3 billion was lost to congestion in the UK in 2012, with the average car commuting household taking a £491 hit, according to INRIX.

Transport for London predicts that there will be six million more journeys per day in London by 2031, making the need for a solution to congestion a big priority.

Judges include K. Venkatesh Prasad, senior technical leader of Open Innovation at Ford, and Andreas W. Schäfer, Professor of Energy and Transport at University College London, among others. Our very own Désiré Athow, editor of TechRadar Pro, is also on the judging panel.

The deadline for submissions is March 4 2014. Winners will be announced on 25 March. Click here to enter.