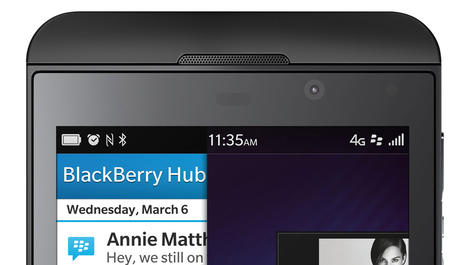 The next update for BlackBerry's ever-improving BBM app for iPhone and Android, will soon bring group photo messaging into play, the company has confirmed.

In a blog post this weekend, the Waterloo-based firm said it was continually looking to add new features in order to keep customers happy and photo messaging within group chats is next on the agenda.

"We know customers want to be able to share pics with multiple people in a chat. The next release of BBM will support photo sharing in multi person chats," Jeff Gadway, the firm's head of product and brand marketing wrote on the BlackBerry Blog.

The support will come as BBM looks to make up ground on other popular messaging apps like Google Hangouts, Apple's iMessage and Facebook-owned WhatsApp, which already have the ability to distribute photos to more than one person.

Additionally, the company is upping the maximum file size users are able to share from 6MB to 16MB.

That's 16 seconds of 1080p HD video, according to BlackBerry, or more pertinently, the difference between sharing a full resolution photo taken with a DSLR and one taken with a smartphone camera.

"What this means is that you'll be able to send bigger pictures, larger documents and longer videos," Gadway added.

The company didn't reveal when the update would be dropping, but considering the frequency of the changes so far, then it's unlikely to be too far away from launch.

Also tagged with one or more of these keywords: apple, android, windows