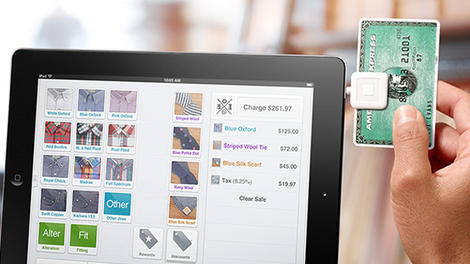 Executives at mobile payments start-up Square are discussing the possibility of being acquired, according to a report in The Wall Street Journal. Potential suitors listed in the report include Google, Apple and eBay.

A Square spokesman told The Wall Street Journal that the acquisition rumors were false.

"We are not, nor have we ever been in acquisition talks with Google."

Square, Google, eBay and Apple did not immediately respond to TechRadar's request for comment.

Square is a mobile payments solution that provides the software and hardware that enables merchants to swipe credit cards on mobile devices. The company was founded in 2009 by Twitter co-founder Jack Dorsey and Jim McKelvey.

The Wall Street Journal projects Square could be sold for "billions of dollars" despite a 6% decrease in gross margins from 2012 to 2013 and a business model that yields thin profit margins due to fees the company must pay to payment networks like Visa and MasterCard.

Starbucks and Verizon are Square partners.