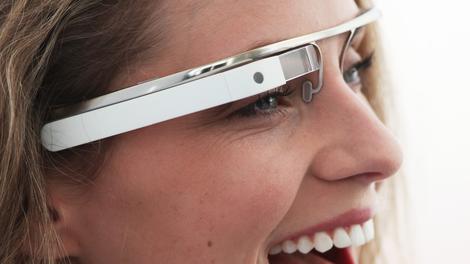 Even as the Korean manufacturer licks patent wounds suffered in repeated courtroom defeats against Apple, Samsung appears willing and able to copy further technology, this time from its closest ally.

The Guardian reported Tuesday that Samsung has filed a trademark application in Korea for something called "Samsung Gear Blink," which appears to be little more than the company's own take on Google Glass.

Taking a break from its existing wrist-based Gear wearable line, Samsung's next big thing looks an awful lot like augmented reality glasses similar to those being pioneered by none other than Android maker Google.

Samsung's trademark ambitions follow on the heels of earlier patent filings for enabling a virtual keyboard to be projected onto the hands of the person wearing it, and dueling designs as to how such technology might actually be mounted onto eyeglasses.

With that existing functionality, Galaxy S5 owners can scroll through on-screen text simply by moving their eyes up or down, while the handset keeps the display active as long as the user is looking directly at the screen.

For now, the trademark filing has been limited to Samsung's home turf with the Korean Intellectual Property Rights Information Service, although the application number 4020140033123 doesn't yet show up in a search of that website.

Earlier this month, Google Glass went on general sale to the public in the US, although Samsung's own take on heads-up based wearables isn't expected to debut until at least September of this year.