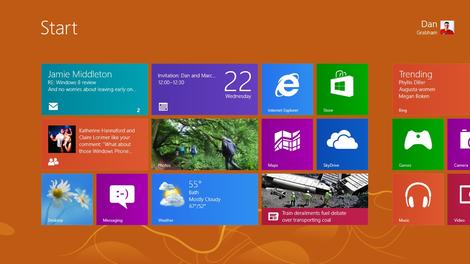 Chinese government offices won't be allowed to use Windows 8 after the country's Central Government Procurement Center issued a nationwide ban.

A laconic post said that all new computers (desktops, laptops and tablets) will need to carry an operating system other than Windows 8. The ban doesn't affect sales to businesses or individuals or, apparently, upgrades to older systems.

The post mentions a move to "energy saving" products but China's Xinhua News agency cites "safety concerns", adding that the move would improve the level of security after Microsoft ended critical support for Windows XP in April.

The operating system remains by far the most popular in China with an estimated seven out of 10 PCs still running it.

Yan Xiaohong, deputy director at China's National Copyright Administration, is quoted by the Economic times, mentioning that costs may well have been an important factor as well as. "Windows 8 is fairly expensive and will increase government procurement costs," he said. The country's Public sector is Microsoft's biggest single client in China.

An opportunity for Chinese tech companies

He also added that "relevant authorities are negotiating with Microsoft over the issue". Others like Qi Xiangdong, president of Qihoo 360 Technology, a Chinese security software outfit reckon that it might provide home grown IT companies with a unique opportunity to develop their own OS.

Several Linux-based operating systems, such as StartOS and KylinOS, developed locally haven't fared as well as expected, in stark comparison to the surging popularity of other computer brands like Lenovo or Mediatek.

That opportune ban on Windows 8 could well be an indication that the China's government is ready to adopt to Chinese-sourced platforms.

Others might point out that the move comes only hours after the US department of Justice indicted five Chinese military officers for allegedly hacking into US-based company and stealing vital commercial data.