Huawei backs away on its support of Samsung's Tizen smartphone OS 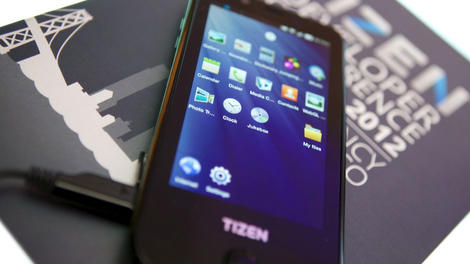 Richard Yu, CEO of Huawei's consumer business group, called Tizen a hopeless platform with "no chance to be successful" in an interview with the Wall Street Journal.

Yu went on to explain that it's difficult even for the Chinese smartphone maker to turn a profit with Windows Phone devices. The Huawei executive cited it's hard to market Windows Phone devices and the company already lost money trying to push these handsets for two years.

Huawei, once one of Tizen's original supporters, now joins the slowly growing group of phone manufacturers and networks turning away the independent platform including the Japanese telecomm network, NTT Docomo.

Meanwhile, it there are still a healthy number of other companies – including Intel, LG and Vodafone - still holding on to the hope that the Android-alternative will release one day.

The biggest problem Tizen faces is the fact that there aren't enough apps on the platform compared to the extensive software libraries developed for Android and iOS. Previously, Yu has also explained why Firefox's mobile OS may not be everything it's cracked up to be.

It's for these same reasons Yu said Huawei is not developing its own OS. With this in mind it seems the mobile world will always be split between these two titans while Microsoft also sits by the sidelines.

"We have worries about Android being the only option, but we have no choice." Yu remarked. If this is truly the sentiment in the smartphone world it's no wonder Samsung and its many Tizen supporter want to a break out platform of their own.

According to Yu, Huawei has supposedly fully invested itself into building an interface over Android with a software team of roughly 2,000 people that's growing by a significant percentage every year. The Chinese device manufacturer also claims to have sold 52 million smartphones worldwide last year and expects to exceed a projected 80 million handsets this year.