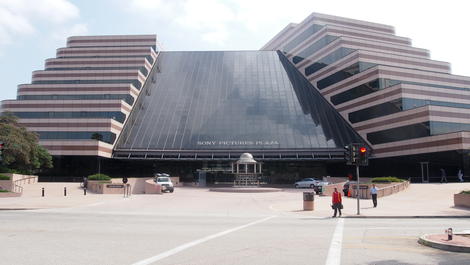 Sony Pictures has launched an investigation following an alleged hack on its computers in the last 24 hours.

In a statement to the Register, a Sony spokeswoman said that it was "investigating an IT matter" but could not confirm the hack.

Reports of a hack surfaced on Monday following an anonymous Reddit post by somebody who claimed to be an ex-Sony employee. According to that person, a current Sony employee has leaked an image that is preventing Sony Pictures staff from logging into their PCs. The image, which claims to be from a hacker group calling itself #GOP, claims to know Sony secrets and threatens to hold the division to ransom if unspecified demands are not met.

It read: "Hacked by #GOP. Warning: We've already warned you, and this is just the beginning… We have obtained all your internal data including secrets and top secrets. If you don't obey us, we'll release data shown below to the world. Determine what will you do till November the 24th, 11:00 PM (GMT)."

According to a Sony insider who contacted Variety, the issue could take between anything from one day to three weeks to resolve, and Sony's IT department has instructed employees to turn off computers and disable Wi-Fi on their mobile devices.

A source within Sony Pictures contacted The Next Web to verify that the hack and images that appeared inside Sony Pictures are real, and were the result of a single server being compromised.

Sony was involved in a separate incident on Monday which saw hacking group DerpTrolling claim to have stolen 7m PlayStation Network (PSN) accounts and leaked more than 5,500 usernames, Windows Live and 2K Games.

However, the claim was found to be false following statements sent to the Guardian by Sony and Microsoft, which said that there was no evidence that the companies respective networks had been compromised.