Beleaguered Windows RT is not dead yet says Microsoft 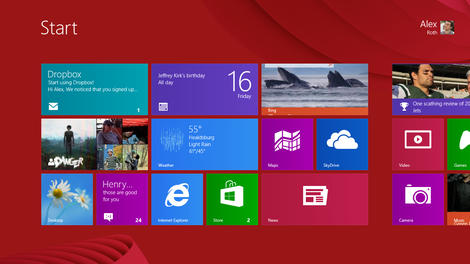 Microsoft has confirmed that it hasn't yet pulled the plug on Windows RT, its once-promising, often-misunderstood operating system based on Windows 8 and running on ARM processors.

Windows veteran Paul Thurrott was told that Windows RT will not be upgraded to Windows 10 but will get an update that will offer some of the functionality of Windows 10.

Windows RT was supposed to be Microsoft's vision of the future, a platform that borrowed the best bits from mobile and desktop operating systems like an app store and a tightly controlled environment.

For Microsoft, it also meant being able to work with a whole new set of processor vendors (instead of relying on Intel only).

There was some significant industry backing at launch with all major players – bar Acer - having at least one Windows RT device but things quickly fizzled out for two main reasons.

Users were confused as to what Windows RT did (and the fact that it wasn't compatible with existing x86 applications) and also the relatively poor performance of products.

Microsoft released a Surface RT device, dropped the RT when it launched a Surface 2 tablet before launching Surface 3 Pro without a Surface 3 sidekick.