YouTube is a great resource for viewing videos, but at some point you might want to download them to a computer or mobile device. You might want to watch them offline, burn them to a DVD for archiving, or convert the audio to an MP3 for entertainment while driving.

So what's the answer? Hunting down a YouTube conversion tool would be a good start, and luckily there are plenty around that won't cost you a penny - such is the magic of freeware.

It's important to note that you should only download videos when you have the copyright owner's permission to do so. YouTube's terms of service explicitly prohibit unauthorised downloading. 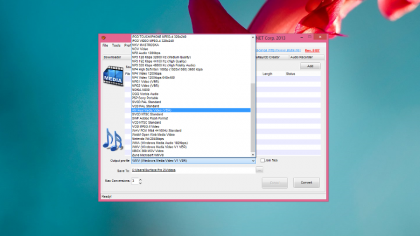 Download and convert videos to play on your PC, mobile device or console

aTube Catcher is an appropriately named YouTube conversion tool that will catch any video downloads you throw its way before converting them to your chosen format.

It supports AVI, FLV, MOV, WMV, MPG and MP4, in addition to less common formats such as PSP, which is used for Sony's handheld games console.

The installation process is speedy, and once up and running you'll be presented with a colourful Windows 10-like grid that clearly presents the available options. From there you can dive straight into aTube Catcher's video conversion utility for converting to another file format, or convert the soundtrack to an MP3 for audio playback.

Once you've chosen a format, drag in the files you want to convert and right-click 'Start' to set them going. You can prioritize certain clips to have them converted first, or simply leave it to work on the queued files from top to bottom. 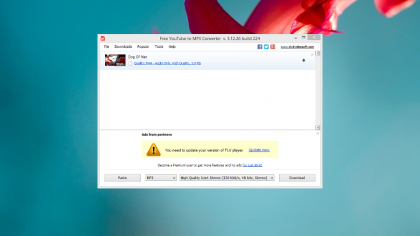 Free YouTube to MP3 Converter is a freeware program that converts videos from YouTube to other popular video formats - including WMV and AVI - in addition to audio ones formats such as MP3. The program lets you queue up multiple files for conversion and features a clean interface that clearly displays what files are waiting to be converted.

It's a particularly useful tool for musicians who may want to download guitar backing tracks to jam along to, or similarly you could grab a karaoke backing track to burn to a CD ready for that weekend party. 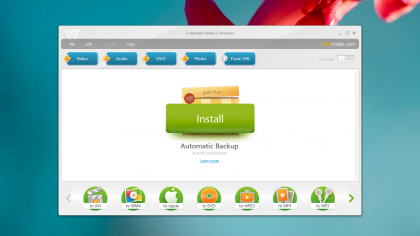 Freemake Video Converter features an attractive design and supports more file formats than you can shake a USB stick at. You can convert your downloaded video into more than 200 formats - including AVI, MP4, WKV, WMV, DV, RM, QT, TS and MTS - and you can choose to rip and convert audio to MP3 if you just want the soundtrack.

Freemake claims that a few of its features are unique - including integrated CUDA and DXVA technology that apparently converts videos faster while using less CPU resources. It's certainly one of the fastest on our list, but its speed will ultimately depend on the power of your PC. 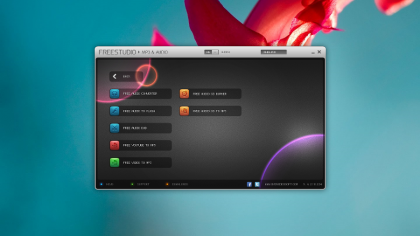 Developed by DVDVideoSoft, Free Studio comes with a massive 25 video conversion options that can convert your files automatically once they've downloaded for viewing on different devices.

It's particularly useful because it bundles multiple convertors into a single program, saving you hunting for several solutions when converting to different formats.

It's a flexible program that allows you to work with HD video file types in addition to high quality MP4 video. It also comes with an advanced screen capture tool that allows you to record a section of the screen, flip it and rotate it before saving the edited output to disk with the option of saving to another device.

Dropped connection mid-rip? No problem - YTD will pick it back up and carry on

The program's makers claim that the latest version is faster and more stable than previous releases.

It also has the handy feature of resuming downloads automatically if your internet connection goes down temporarily.

An old article, but I want to update you with a newer one. Tubemate youtube downloader is the best youtube video downloader in 2017.