Windows 10 is about to slip in more stealthy adverts

More adverts will be coming to Windows 10 with the big Creators Update which arrives in April, you’ll probably be not so pleased to hear.

There are already adverts scattered around the OS, most prominently on the Start menu and lock screen, and now they will be coming to the integrated Share interface which is being overhauled for the Creators Update.

As Winaero reports, the new Share box now appears in the middle of the screen rather than in the sidebar, and it features not just apps you have installed on your PC and can share files with, but ‘recommended apps’. Adverts, in other words.

Twitter user Vitor Mikaelson spotted this in a preview build, posting a screenshot showing cloud storage service Box being advertised, with an ‘install’ option below its icon.

Presumably you’ll be able to disable this feature, as you can do with the adverts elsewhere in Windows – if you don’t want ads on the lock screen, it’s easy enough to turn them off. 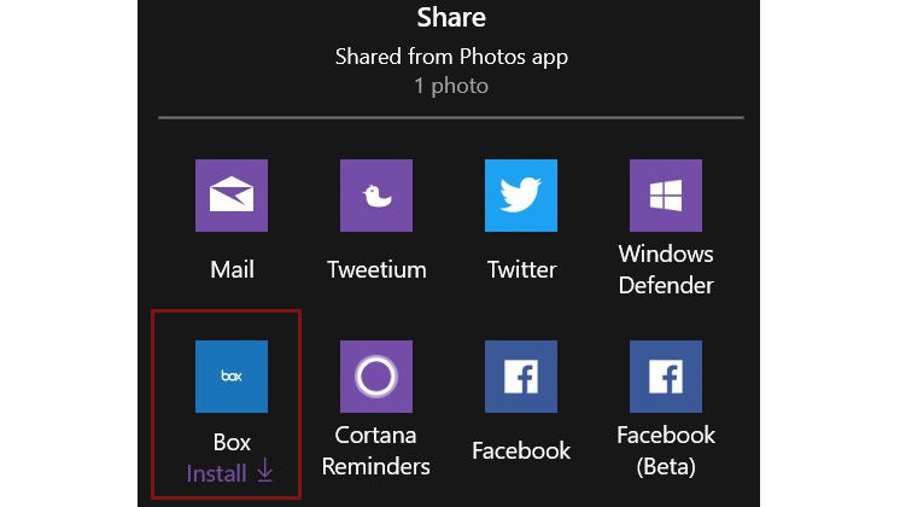 But naturally these things are all on by default, and may never be touched by more novice users. That said, inexperienced computer users may even appreciate the suggestions, although obviously these recommendations are taking up space where actual ‘live’ icons (for installed apps) could be displayed.

The other consideration is how far Microsoft is going to go with these ads. In the example cited here, there’s just one recommendation, but if there are going to be several, that will obviously take up more screen space and could be more of an annoyance as a result.

Given that these sort of built-in adverts have been an area of controversy, along with the privacy aspects of Windows 10 which have come under fire, Microsoft will have to tread pretty carefully when making moves such as these. As ever, we’ll only find out the exact implementation when the Creators Update actually arrives.