Back up your movies

The idea of ripping DVDs is very much like ripping CDs, although it's shrouded in slightly more controversy. It involves using software to convert the contents of a DVD into a video file that can be easily stored on your hard drive, or moved to other devices so you can watch it on the move. It might seem like something that is incredibly complicated, and it can be. But with the right software you can create backups of your favorite DVDs with ease.

It's important to note that the nature of DVD ripping software means it's a segment of the software market that's home to a lot of malicious software. It can be difficult to navigate your way through the seemingly endless choice of titles and know which are legitimate, so we've done the hard work for you. Here we present five of the best free DVD rippers which get the job done without being blighted by malware, adware and other nasties.

As with CDs, there are no international copyright laws that cover ripping DVDs. For example, in 2014, UK copyright law was changed to legalize personal backups, but that decision was overturned by the High Court in 2015. Make sure you check out intellectual property law in your country before you start ripping. 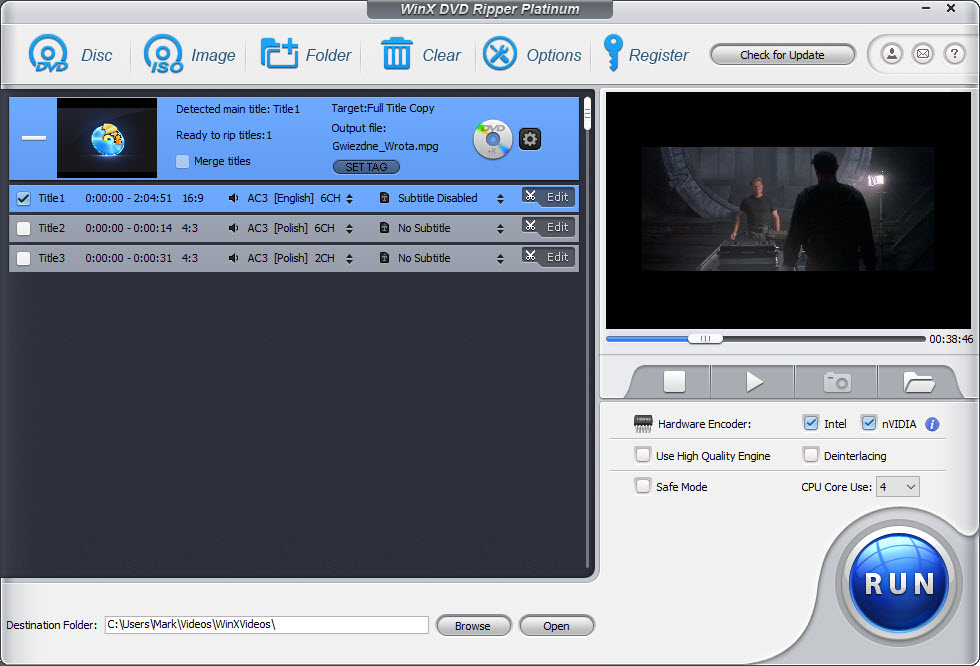 Not only for movies, this DVD ripper can also handle ISO images and whole folders

When you install the free version of WinX DVD Ripper, you'll notice that it's actually the Platinum Edition in trial mode. Don't worry though – once the demo expires you'll lose action to some of the features (mainly speed-related and a couple of specific DRM cracks), but you'll still have a powerful DVD ripper on your hands that you can use indefinitely.

WinX DVD Ripper can be used to rip directly from DVDs, but it also works with ISO images, and folders of DVD files. Once your input has been analyzed – a process that doesn't take long – you can take your pick from a raft of ready made profiles. These profiles help you to quickly output a video that is suitable for playback on specific mobile devices or, say, ideal for uploading to Facebook

You can choose to rip the built-in subtitles or embed your own, and you can select which audio tracks should be included; it's all beautifully simple and pleasingly fast. 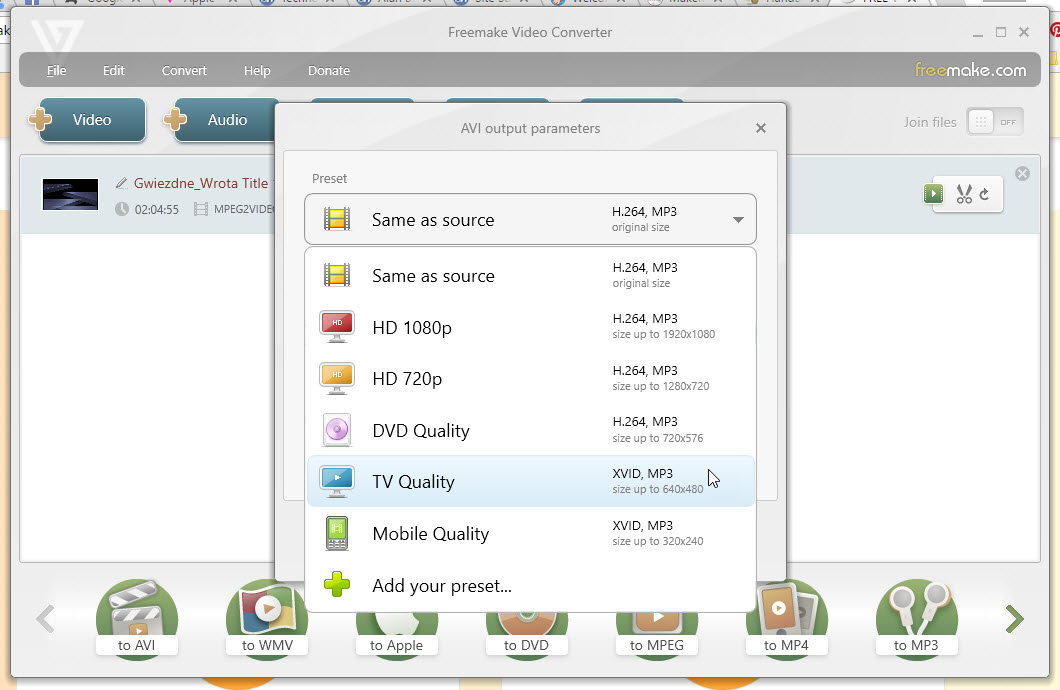 DVD ripping made simple, with a simple interface and step-by-step instructions

Freemake is a name synonymous with powerful, high quality freeware, and Freemake Video Converter doesn't let the side down. The clean, clear interface is a joy to use, and you're never left feeling in any doubt about what you're meant to do.

Fire up the software, switch to the DVD section and choose your drive from the list. After disc analysis you'll need to indicate which of the video track you're interested in. You can even take things a step further and clip out segments of a video rather than grabbing the whole thing. Shortcuts at the bottom of the screen provide access to popular output formats (AVI, MKV, device-specific formats); just make your selection, hit 'Convert', and you're done.

Note that Freemake Video Converter will try to install some potentially unwanted extra components, so be sure to select the 'Custom' option and opt out of these. 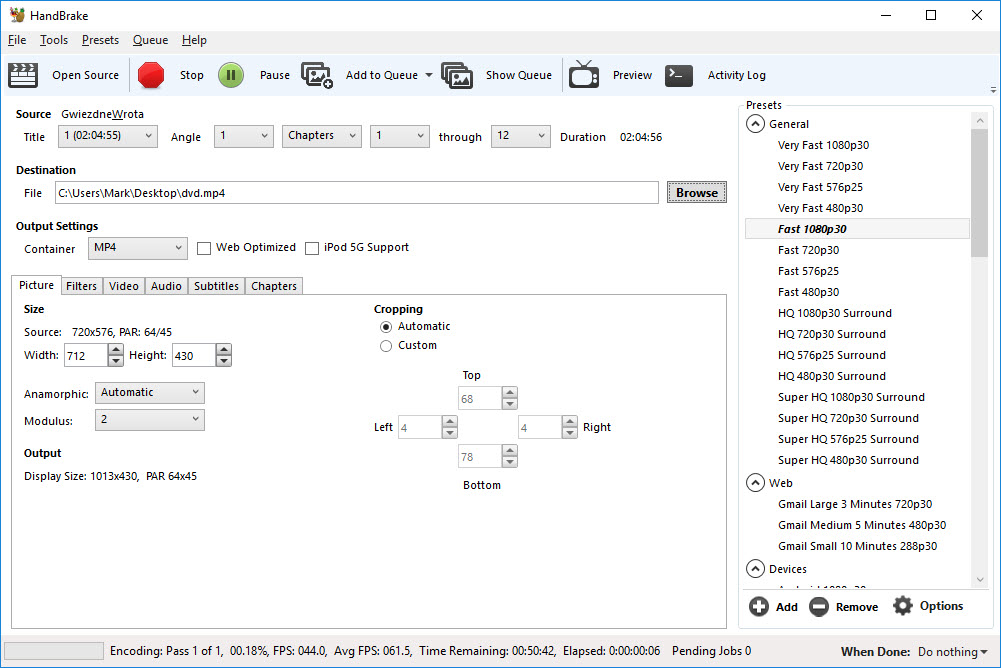 You might already use HandBrake for converting files, but it's also a capable DVD ripper

HandBrake is not only a free DVD ripper (or video transcoder, as it prefers to be known) but also an open source one, so it's totally free in every sense of the word.

More than a decade in the making, the software finally reached version 1.0.0, It is – or at least looks – a little more complicated that some of the others we're looking at here, but don’t let that put you off. By default there's no support for bypassing copy-protection, but this is something you can get around with a little research if necessary (bearing in mind IP laws in your country).

As with other programs, there are a number of presets ready for you to choose from, but you can also manually tailor each ripping session if you prefer. If you're working with ISO images or disc folders, it's possible to queue up multiple encoding jobs to run consecutively to save having to be around when each finishes. The sheer level of control makes HandBrake well worth a try. 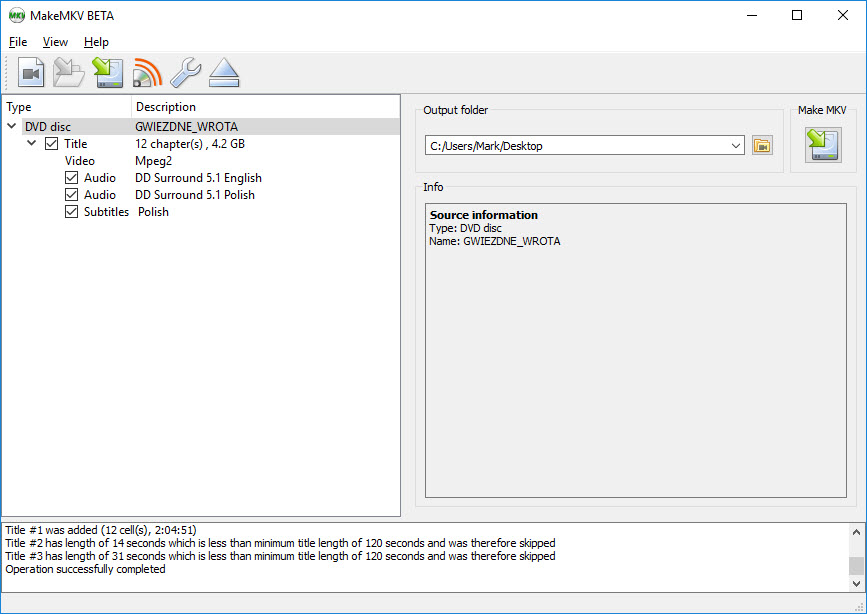 If you've used DVD ripping software before, MakeMKV might look a little familiar – it bears more than a passing resemblance to DVD Decrypter. As well as handling DVDs, the program, is also capable of ripping Blu-ray discs, and the process works in exactly the same way in each case (although it's worth noting that Blu-ray ripping is only be free while the program is in beta).

The great thing about MakeMKV is that there is so little to think about. Fire up the program, analyse your disc, choose which of the track you would like to rip, indicate where the output file should be saved, and then hit the 'Make MKV' button. That's really all there is to it. There's no messing about, no complex configuration – just analyze, rip and go. 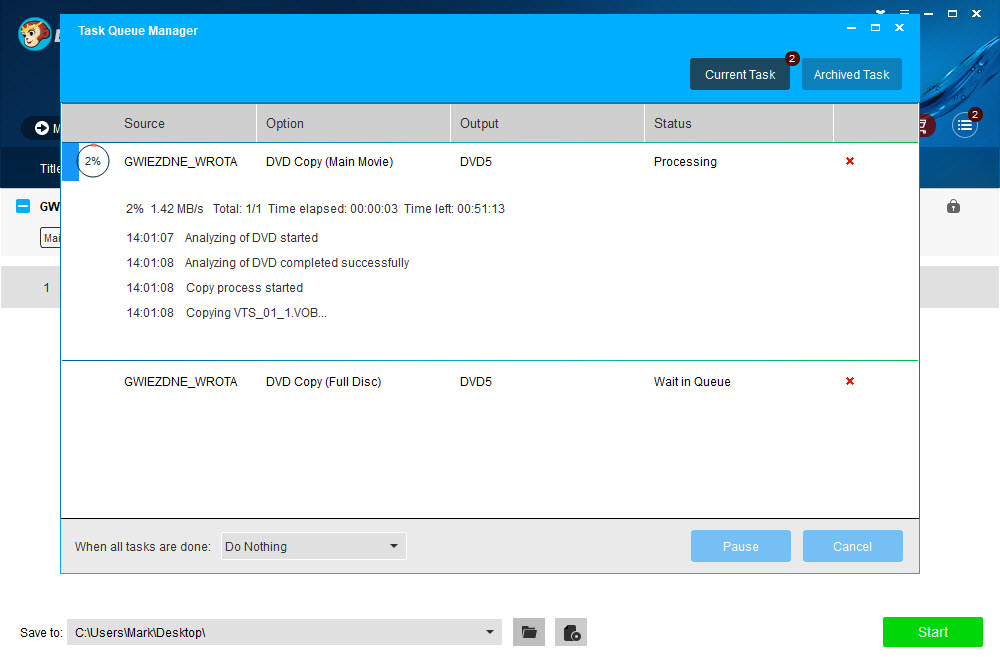 Limited ripping options, but handy if you just need to copy a disc in a hurry

The full version DVDFab itself isn't free of charge. It installs as a trial version, but the DVDFab HD Decrypter – which you need for DVD and Blu-ray ripping – remains free forever.

The free portion is rather limited, allowing you to rip discs in Full Disc or Main Movie modes only. This means that the free version is nowhere near as versatile as the other programs we've covered here, but it still has its place.

For example, it can be useful if you want to extract the video files from a disc and maintain their original formats when transferring them to your hard drive. You're then free to import the files into another program for further work if you want, or just use your favorite DVD software to watch the videos without the need for a disc to be inserted.