If you’re writing code or creating a website, a good text editor will save you time and help you work more efficiently. Syntax highlighting for multiple programming and scripting languages is one of the most useful tools in any text editor, and autocomplete is a welcome addition as well.

The best text editors will also offer recordable macros to help you code more efficiently, as well as flexible customization options and plugins.

Design matters too. A tabbed interface makes it easy to manage multiple documents at once, and the best text editors will cache your progress automatically so nothing is lost if you accidentally close the program.

With all that in mind, here’s our pick of the best free text editors you can download today. 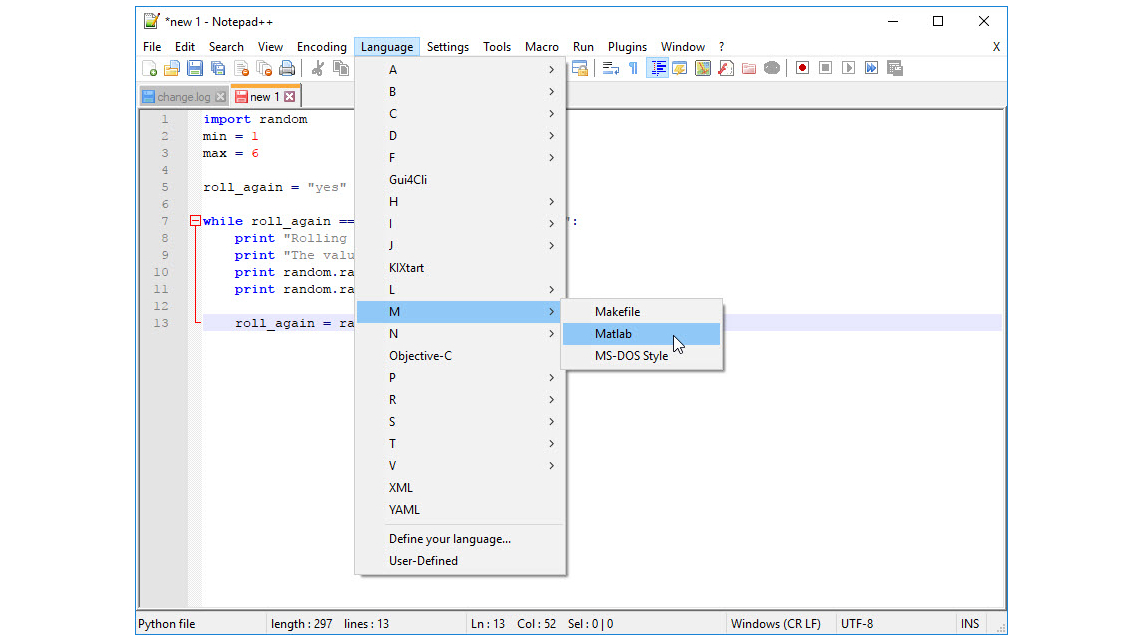 Probably the best-known text editor, Notepad++ is a familiar name even if you’re not a programmer. The reasons for its enduring popularity is its support for syntax highlighting and autocomplete in a huge number of languages, as well as macro recording, code collapsing, and a near-endless list of plugins that can used to extend the already-impressive feature set.

Although it’s not immediately apparent from the wording of the installer, Notepad++ can be used as a portable app and run directly from a USB stick or cloud storage service.

Notepad++ benefits from a tabbed multi-document interface so you can work on several files at once, and is lightning fast – even when handling very large files. It's been in development a long time, and is a truly fantastic text editor. 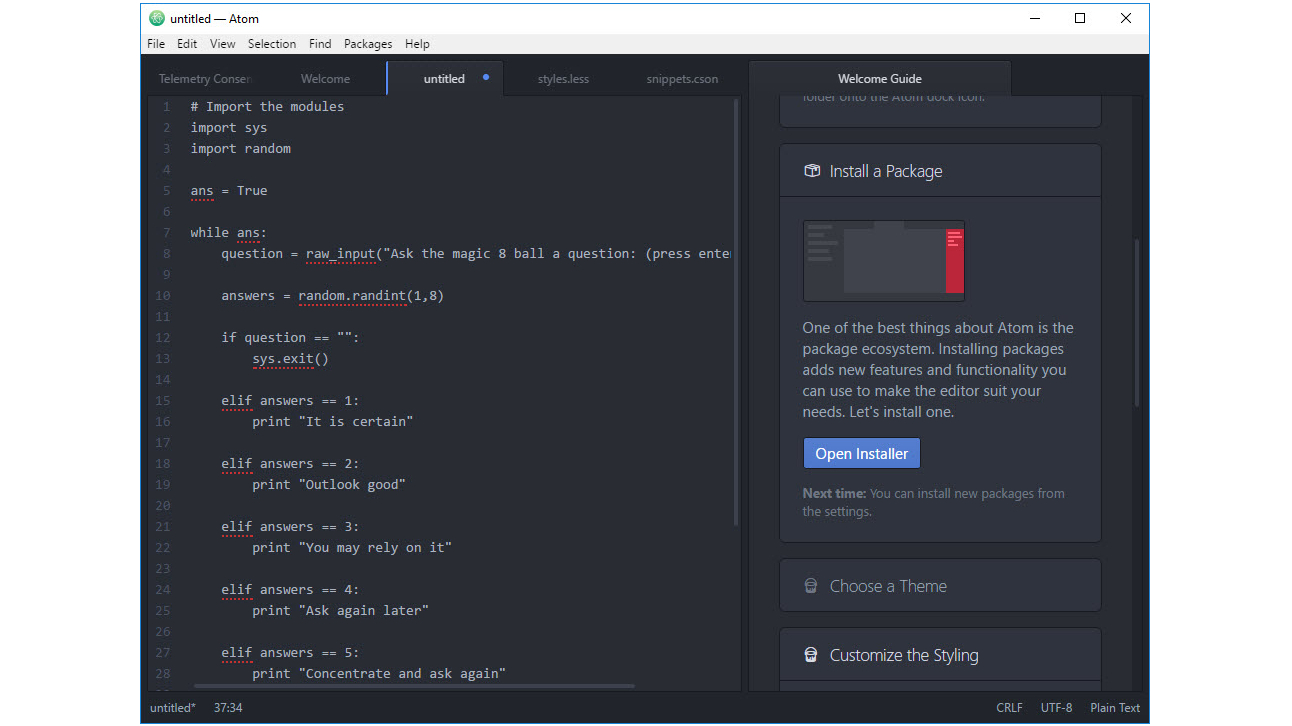 Described as "hackable to the core", Atom is the perfect free text editor for anyone who likes to have complete control over their software. Despite this, it has an approachable design that means even newcomers should feel comfortable – an impressive feat for a program from the developer-focused Github stables.

Atom's Github heritage also means that this is an open source tool (hence its hackability), and there are numerous add-on packages available to extend its capabilities. There's even a built-in package manager so you can search for expansion options from within the program, without the need to fire up your web browser.

Atom's multi-pane interface makes it possible to easily work with multiple files, and common features such as code completion and incredible support mean that it can be used for everything from web design to app building. 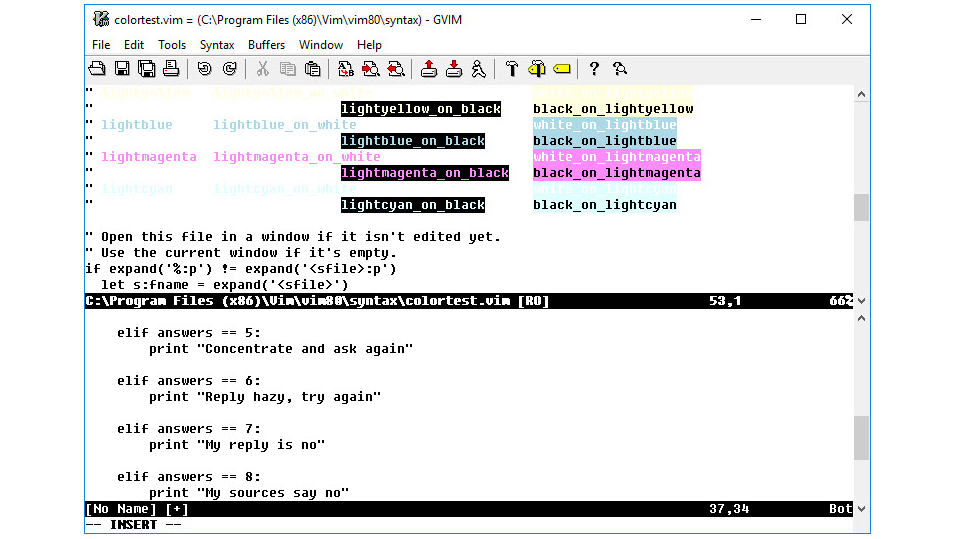 A powerful tool, but you'll need to adapt your work style to suit it, not the other way around

Like Notepad++, Vim is a text editor that's with us for quite some time, and is showing no signs of losing its power or appeal.

Vim is available for all the major desktop platforms (and some minor ones) as well as iOS and Android, but makes few concessions for beginners. The learning curve is steep, with no hand-holding, but in exchange Vim offers unrivaled power. There are features such as various methods of code completion, macro recording and playback, history support for calling up commonly used snippets of code, and built-in script for automation and customization.

Vim is an expansion of the Unix vi editor, and its old school design could be a little intimidating if you're used to modern Windows software, but it's a superb text editor nonetheless. 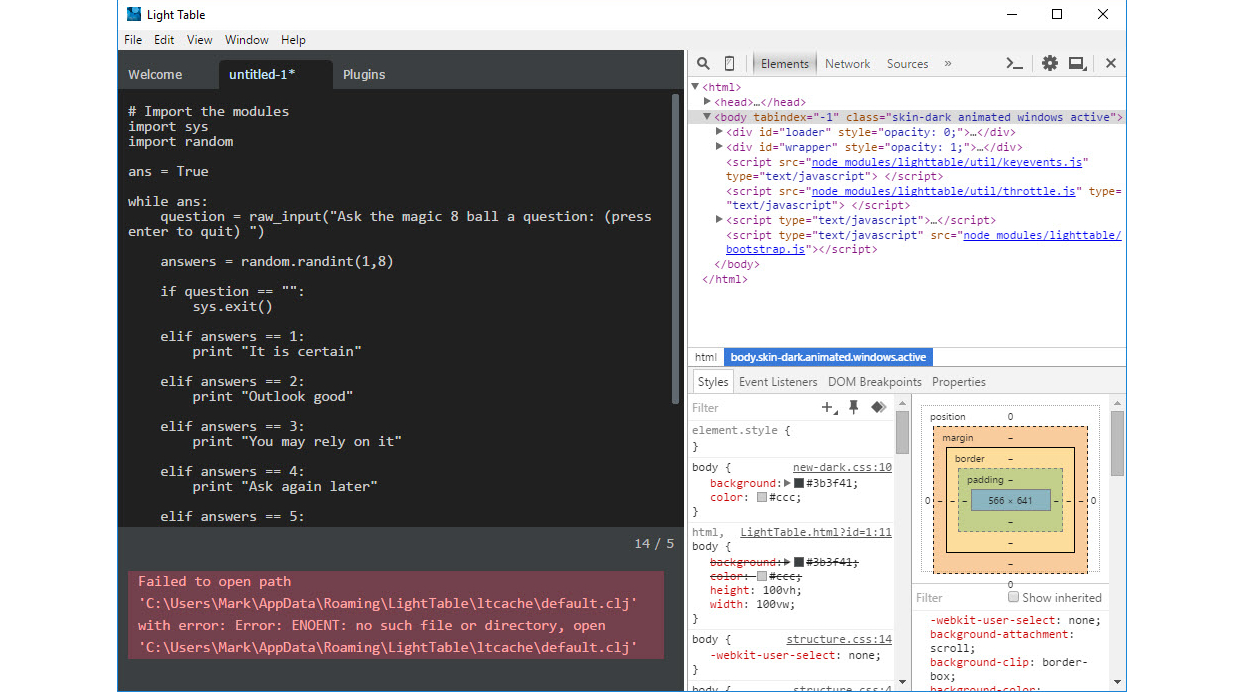 If we were judging text editors on looks alone, Light Table would feature highly for its undeniable style. It's a shining example of beautiful minimalism.

Light Table can be used for just about any coding project, but it's particularly well-suited to website building, and the fact that it’s available for Windows, Mac and Linux is a big bonus. If you're coding a site in Light Table, you can instantly preview what you're working on thanks to the embedded browser. The tabbed and paned interface makes great use of space, and the program is highly customizable so you can easily tailor it to individual projects.

This open source text editor started life as a Kickstarter project and the developers did a great job of listening to what people were looking for, including a centralized list of plugins, inline code feedback, instant testing of code, and watching of code feedback for easier analysis and evaluation. 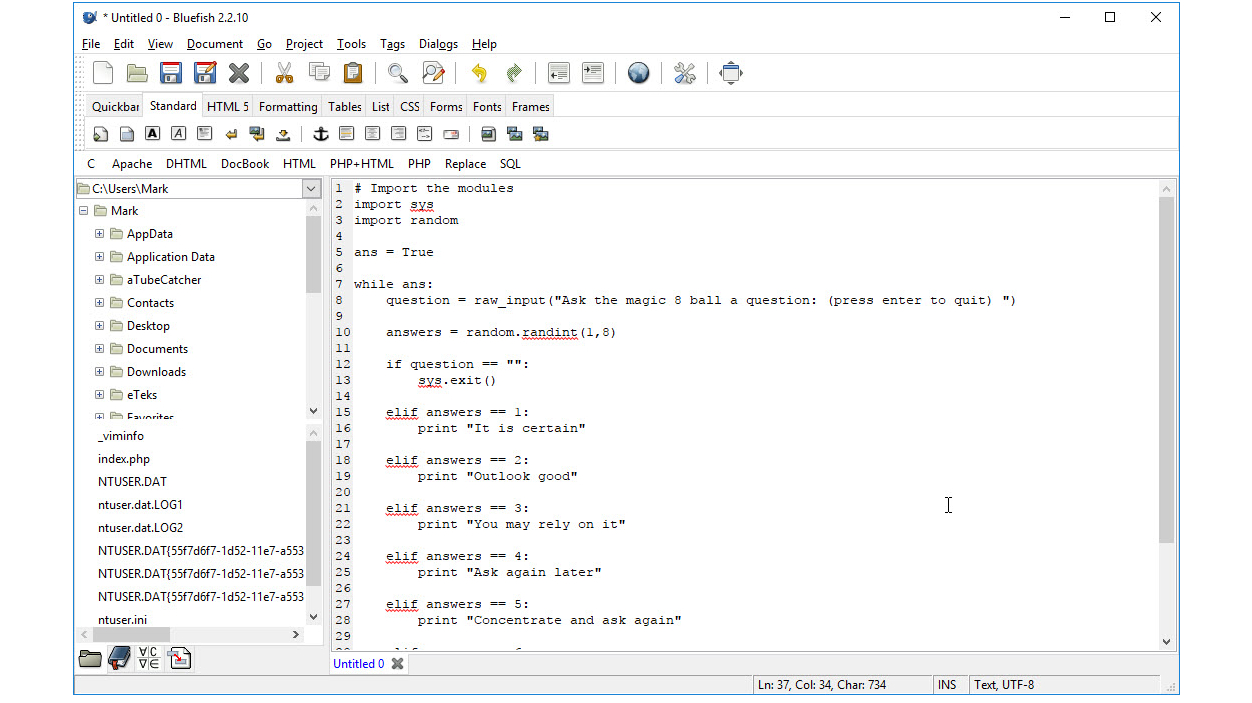 Once you get to grips with its busy interface, Bluefish is an excellent cross-platform text editor

Another cross-platform editor, Bluefish is available for Windows, Linux (various distros) and Mac. Its developers pride themselves on its lightweight design; the program is speedy and can handle dozens (or even hundreds, if you believe the documentation) of files simultaneously.

One of the more intimidating-looking pieces of software in the list, Bluefish could overwhelm some people with its plethora of tab and toolbars, but if you can get past this, you're onto a winner.

Bluefish gives web developers scope for remote editing with Bluefish, and there’s support for lots of programming languages (including syntax highlighting and checking).

Bluefish won’t be to everyone's liking, largely due to the button-strewn interface – but if you can give the UI a chance, you’ll find it’s a superb text editor.