19 On a distinguished road

ETsneak hasn't added any friends yet.

Is there any way to make these so that only the kills of the player being spectated (the player which the demo is from) are displayed? This means, no picking up packs or server banners or anything else. 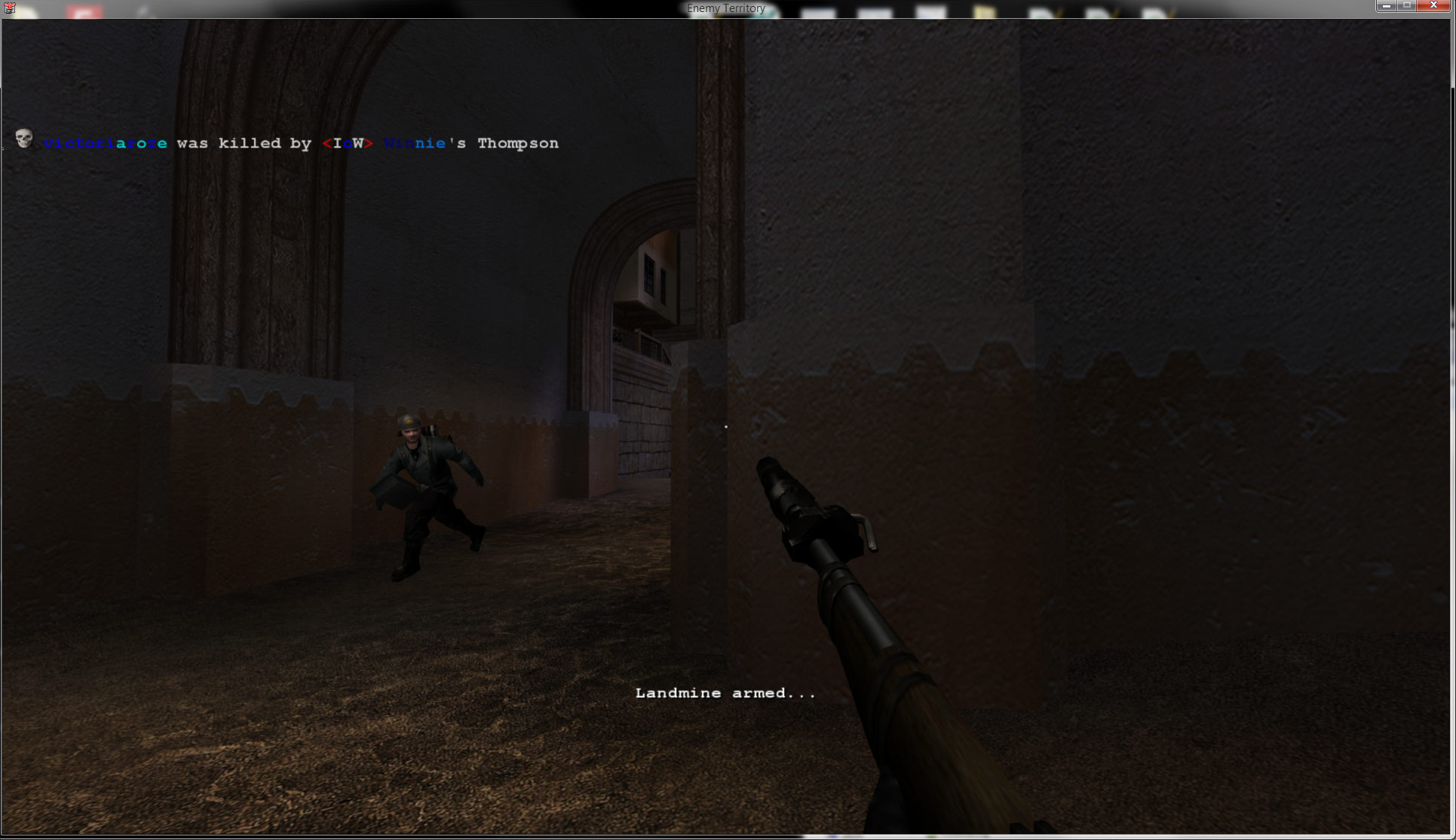 Also are there any plans or possibilities for silentmod to be more "movie compatible". For example the possibility of changing the fonts. Currently it's not the same method as etpro, is there a way? I noticed that teh console font did change but not the font for obiturary and centerprint text.

Since most of the population of ET does play silent I think there would be a good chance that some of them are great in movie making. Currently movie making is only convenient in etpro. This mostly not being the fault of silentmod, but that ImageET and moviemod were made for etpro. Right now I have the silent pk3 and cgame in the moviemod folder and I'm attempting to configure the game in a way that it will be close to the etpro movies or exactly the same if possible.

I was wondering if it is possible to add a field in the settings to distinguish whether the player is a male or female.

Subsequent actions in the game would reflect this.

Example: "Sally blew herself up with a hand grenade"

We have a few women that play on our server, and it would be nice to give them the option to distinguish whether they are male or female in game. NPR reported this morning that HALF of all gamers are now women: so I feel this is a step in the right direction.

"Half of all gamers"' surely wasn't directed towards online multiplayer games. They are including those FB games that girls spend hours playing and inviting you to. Yeah, you know what I'm talking about. Either way it's a good idea.

Either way, would be nice to have a lua folder to have the lua modules all in a folder instead of loose in the mod directory

Also for simplicity I suggest putting things like tyranny, omnibot, mapcycle cfg in the server config. And where's the port? Does it automatically set to default if you don't define a port? I've never run only 1 ET server on a server so wouldn't know..

I think most people use serverctl or something else but here's mine:

As for the soundpack.. did you place that pk3 in the mod's directory in the server?

I suggest adding another option here to disable complaint popups ENTIRELY. Seriously, who complains about TK in 2013

? Only trolls and nubs.